Improve Communication with Dementia in Three Words or Less

Sitting quietly, tortured by the urge to fill the void with chatter. Some of us really don't know how to be comfortable with silence.

Others simply miss gradual changes in a person with dementia over time. When we're used to relating to someone through chitchat, jokes, questions or stories, it can feel strange – or not even occur to us – to start relating differently.

But often, somewhere along the line, people with dementia lose the ability to process so much auditory stimulation. When they do, it can be easy to miss the fact that we may be inadvertently triggering their behavior with our well-intentioned chit-chat.

But chit-chat never used to trigger a behavioral response...

At one time it may have been very therapeutic for the person to relate through stories, jokes, questions and chit-chat. People love to be in on the joke. To be recognized as being capable of getting the joke. To have the opportunity to voice their choice and preference. We may have built a solid foundation of respect, trust and friendship using these verbal interactions.

Chitchat, stories, jokes and questions can be a wonderful way to interact with people with dementia when it works.

There are a lot of noises in the world. Some of them – like, say, a large snarling dog – indicate danger. It can be vitally important to route that sound into our conscious awareness right away.

Other noises are important to us for other reasons. Words and laughter enable us to connect and communicate with other people, to engage and strengthen our relationships, to bring meaning to our lives. Those sounds should also be allowed through into consciousness.

Then there are background noises. The strangers' conversation two tables away in the diner. The car door slamming in the distance. The washing machine rumbling down the hall.

None of these sounds signal an impact to our lives or safety - but our brains don't know that until they have inspected each one.

As each sound travels from the ear into the brain it must be identified and categorized as Dangerous, Important or Not Important.

As brain cells die with the progression of dementia, our brains grow less efficient at filtering noise. Depending on the areas of the brain affected, the slow down in filtering and categorizing sounds can be profound. Filtering takes longer. It gets backed up, overwhelmed. It makes mistakes and miscategorizes sounds.

Filtering sound requires a lot of energy. (Have you ever turned down the music as you drove around an unfamiliar area, looking for a new address?)

People with dementia often can’t spare this much brain energy - they need it elsewhere.

When our energy gets tied up filtering noises, we end up functioning at a lower level. This is one reason that noise in the environment is so impactful to people with dementia.

People with dementia may misinterpret sounds.

To be fair, we all misinterpret sounds to some extent, but dementia can considerably increase the frequency and severity of misperceptions.

To someone who doesn't know better, this can appear that the person with dementia is hallucinating or delusional. In fact, they are misinterpreting the environment and building their reality out of misinformation.

It's also easy to mistake miscomprehension of words as hearing loss.

Once the brain identifies a sound as Important, it must recognize whether or not it is Language (one it recognizes). If so, it must then translate those sounds into meaning.

Identifying and decoding language is a demanding task with a heavy cognitive load, or brain energy cost. A healthy brain can typically recognize language within a tenth of a second, according to researchers at the University of Maryland.

This happens so quickly in part, researchers theorize, because our brains predict whether an incoming sound will be language. Brain cell death and damage, such as that in dementia, slows this process way down. Depending on which parts of the brain are damaged, deciphering language may become very slow or difficult.

Aphasia is a term that refers to difficulty with language

Aphasia alters the way the brain understands language. It can present in many different ways, affecting the way we express or understand either oral or written language (or both).

- The person may substitute, omit or create nonsensical words.

- Words or sentences may be garbled or mixed up.

- Speech may be slow, labored or choppy, or it may retain proper cadence and intonation, but be composed of words that lack meaning.

- It may be difficult for the person to comprehend the meaning of words or sentences, as though they are hearing (or reading) a foreign language.

Aphasia occurs as a result of damage to certain parts of the brain, either from illness or injury. It varies in severity depending on the extent and location of the damage in the brain.

- Use short, simple sentences (No more than 4-6 words)

- Be sure to have their attention

- Remove distractions. Close the door, turn off TV or music, go to a quiet area if needed.

- Allow lots of time for the person to respond. It takes time – in some cases 90 full seconds  – to

2. Comprehend the meaning of words

4. Express the response in language

Other tips for assisting comprehension in advanced dementia include:

Refer to things you both can see.

When humans are initially learning language we don't talk about things outside of our field of vision because developmentally we aren't yet able to comprehend the concept.

Likewise when someone's language skills regress through that same developmental phase (in fairly advanced dementia) it can be challenging to comprehend something outside of their field of vision.

Support successful comprehension in these cases by referring only to what you both can currently see.

It is challenging – too challenging for some – to remember or figure out what each pronoun refers to. He, she, it… try to use the noun or name again instead.

See what? Trying to figure out what “it” refers to requires a lot of brain energy as well as working (short-term) memory. Even if they are able to accomplish this task, it can quickly exhaust someone with limited ability.

"Do you see the book? Please bring me the book."

It may feel a little awkward at first, but it will make a big difference to the person with dementia.

When someone is overwhelmed by words, any or all of the following are prone to happen:

- They get confused and don't understand what you want

- They answer 'yes' or 'no' inaccurately.... with no clue what they are "agreeing" to or "declining"

- They feel frustrated or upset, perhaps leading to an emotional outburst

They may come off as "Uncooperative", "Resistant to Care" – or worse.

If they don't understand what we're saying to them, what we're doing may surprise – even horrify – them. They may feel the need to defend themselves from what they perceive to be an attack.

Then they are labeled "combative" or "dangerous", and it can spiral quickly out of control from there.

Aren't we supposed to let them know each step of care? How can we do this without using words?

When providing care we do need to let them know each step prior to doing it. By keeping them informed, and obtaining consent for each step, we minimize surprise, confusion, resistance and negative outcomes.

The thing is that consent in these situations doesn't always come verbally. And caregivers don't necessarily need to speak in full sentences. In fact, often we don't need to speak much at all. It helps nothing to tell them what we’re doing if they don't understand what we’re saying.

Hold out your hand until they put their hand in yours. Smile. Nod encouragingly.

Walk, hand-in-hand, calmly and quietly to the bathroom. If needed, a simple "This way" in a kind voice should suffice.

Make eye contact, then look at the toilet, pointing to it. Watch their gaze. When they see and register the toilet, continue.

Pat your hips, then pat theirs. Make eye contact then gently tug downward on the pants at hip level where you tapped. Don't pull the pants down yet – just let them know with this gesture what you will do next.

Eye contact, nod, smile. When you see in their eyes that it's registered, go ahead and pull down the pants.

If needed tap the toilet seat – or their hip and then the toilet seat – to cue them to sit. A simple verbal "sit" may help. (But "Come on Jane, let's try to use the toilet before lunch so you don't have to interrupt your meal to go to the bathroom, okay?" will probably not.)

It might feel awkward at first, but it really helps a lot of people to be able to function better and cooperate more.

Focus on exuding a feeling of calmness. Pay attention to breathing deeply. Even if you feel a little awkward inside, if you project calm they will generally follow suit.

Social interaction can be a very important part of mealtime for many people with dementia. However, for some people with dementia chit-chat at the table can be very distracting. This can lead to decreased intake, hunger, weight loss, and other untoward effects.

It is still nice - and therapeutic - to have company during meal time. Aside from the social benefits of just being together (even without speaking) It can be helpful for many to have someone model eating. It just may be that trying to focus on eating and conversation becomes too much to handle.

Pay attention to the unique needs of the individual and consider minimizing conversation during meals if that is helpful for them.

How to Stop Talking so Much and Enhance Non-Verbal Communication

Like any skill, developing this may take a little practice. It won’t be needed with every person with dementia, but it can make a big difference for some.

- Add gestures as you speak.

- Allow lots of time for processing and response (up to a full 90 seconds).

Our staff used to practice wordless communication in a training exercise we called "Three Words or Less".

We would try to communicate with a partner what we wanted them to do using – you guessed it – three words or less.

Take off your earrings, put on your sweater, come over here and sit in this chair, take your medicine, take off your shoes, pull down your pants to sit on the toilet (we simulated that one 😉)...

We quickly realized that with just a tiny bit of conscious effort, we could communicate what we wanted the other party to do pretty effectively without words.

In fact, usually we didn't really need more than one word: "Hi!"

Keep Talking… when it Works

None of this means that we shouldn't talk to anyone who has dementia.

Many, many people with dementia are capable of comprehension and appreciate a good story, lively conversation, or stream of friendly chitchat.

Just be aware that in some cases this will change.

Some days, some moments, some people with dementia will need fewer words to process and more time to process them.

Be alert for signs of overwhelm, confusion or frustration and adjust your verbalization based on their needs in this moment.

What have you noticed about how talking affects those with dementia?

FACEBOOK COMMENTS WILL BE SHOWN ONLY WHEN YOUR SITE IS ONLINE 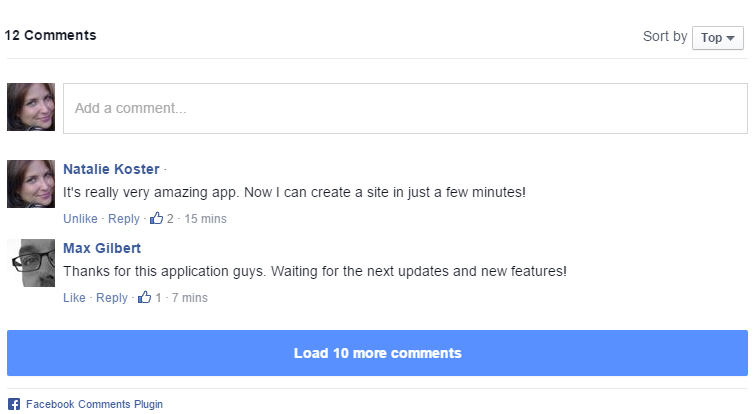